Te Puke History
​The Te Arawa canoe under Chief Tamatekapua is said to have landed at Maketū (near Te Puke) from Hawaiki in c1350. The name Te Puke comes from Hei on the Arawa Waka – he named a hill he could see from the ocean Te Puke-o-Tawa – the hill of Tawa - after his wife (the hill itself is now called Otawa). His people known as Waitaha had a marae on what is now No 1 Road, called Te Puke (now Otaraninia urupā) – it was in the corner of the block drawn up by the surveyors which became known as the Te Puke block. 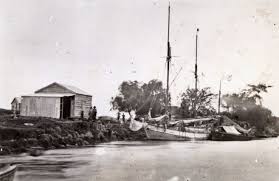 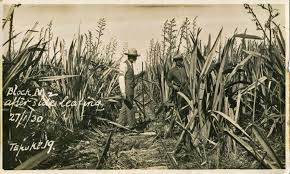 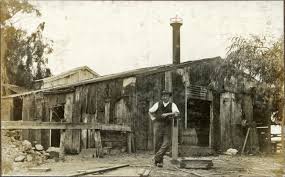 Photograph acknowledgement: Tauranga Historical Society
Te Puke Flax Milling
Flax milling had begun in the 1870s and became a major industry in the area until the early 1940s. Saw milling began in 1905 and is still a major industry in the area. In 1883 gold-bearing ore was discovered on the Pāpāmoa Hills and during the 1920s a gold mine operated at Muir’s farm on No 4 Road. With the building of the railway a large Public Works quarry operated in Te Puke and was a major employer. The freezing works at Rangiuru opened in 1968 and HortResearch opened on No 1 Road in 1971. 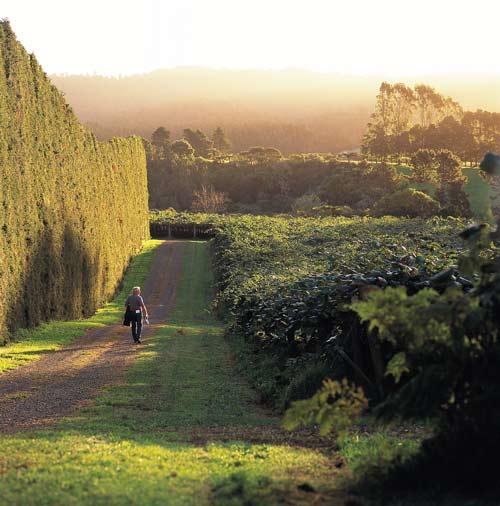 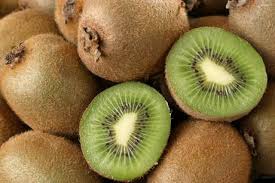 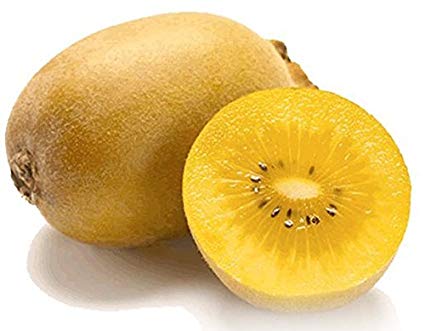 Te Puke's History in Horticulture
A combination of the climate and soils in the area has always made Te Puke a popular area for horticulture. From the 1880s tobacco was grown commercially but petered out in the late 1930s. Trial plantings of hops, and later rice, were also tried. Viticulture was also tried and found to be successful but for various reasons also died out. The settlers had established home orchards and it was found that pip and citrus fruits flourished. From this, the first commercial orchard in Te Puke was planted in 1915. Commercial plantings were of apples, pears, oranges, lemons and grapefruit. After World War Two, the Rehabilitation Department settled returned servicemen on the No 3 Road as orchardists. Followed by other settlers with their own finance, most of No 3 Road was in orchards by 1960. By 1966, 80 owners owned about 1500 acres (6 km²) of land of which 900 acres (3.6 km2) was in citrus and the balance in sub-tropical fruit including tamarillos (tree tomatoes) and feijoas. In 1934 Jim MacLoughlin had bought a 7-acre (28,000 m2) lemon and passionfruit orchard in No 3 Road. His neighbour Vic Bayliss had two Chinese gooseberry plants and he had sold the fruit for £5! Spurred on by this, Jim planted ½ acre of Chinese gooseberries in 1937. During WW11 American serviceman in New Zealand were introduced to the Chinese gooseberry and enjoyed it so much that this spurred further plantings. In 1952 the first exports were made, and in 1959 the name 'Kiwifruit' was introduced. Since then many more plantings have been made, with Hayward (green) being the most popular. In 1998 'Zespri Gold' kiwifruit was introduced to the market and experiments are being carried out on new varieties including a peelable kiwifruit and 'kiwiberry', a small bite-sized kiwifruit-like fruit. 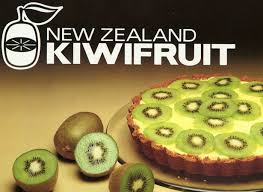 ​From Chinese Gooseberry to Kiwifruit.
In June 1959, Jack Turner suggested the name 'kiwifruit' during a Turners and Growers management meeting in Auckland. His idea was adopted and this later became the industry-wide name. The Bay of Plenty town of Te Puke, where New Zealand's kiwifruit industry began, markets itself as the 'Kiwifruit Capital of the World'.
Photograph acknowledgement: NZ History
​Content acknowledgement: NZ History