Take a look at Tauranga's European chronological history here
The Musket Wars - 1807 - 1842
​Māori flax producers were not paid in cash but in goods – usually muskets. This trade therefore had a lasting impact on Māori society. With muskets to be traded for flax, potatoes and other crops, conflicts soon sprung up between tribes which turned into full-scale wars. Tribes soon began competing for control over what other tribes considered as their right!  Food for the many ships that were arriving and the flax trade being just some of them.  So Māori started moving from their traditional homelands to be closer to perceived lucrative trading posts and to the swamps where flax grew. Tauranga was a fertile destination for waring Māori - with its 'safe' harbour, good climate, good food production and close proximity to flax production.  In some regions, traditional food cultivation was neglected in favour of the new trade - flax for muskets!
R​ead more about the Musket Wars here
​Great little video on the Musket Wars here
Listen below to Trevor Bentley's informative talk on the Musket Wars
​as if affects Tauranga and Bay of Plenty 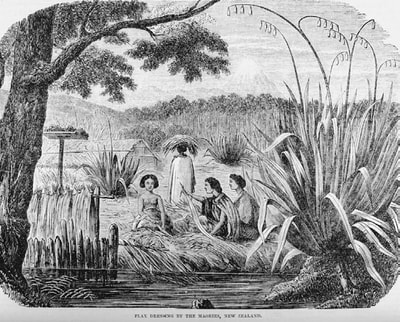 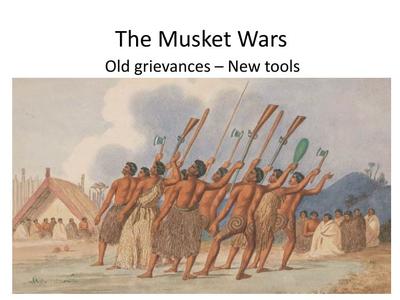 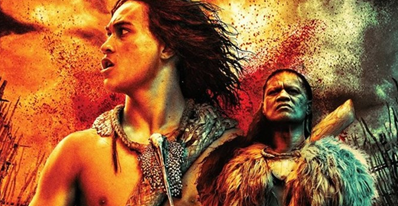 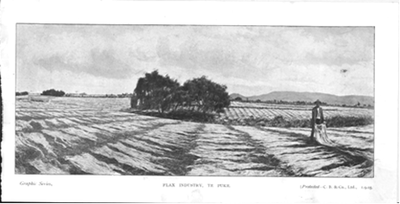 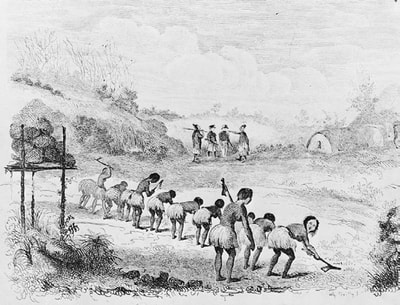 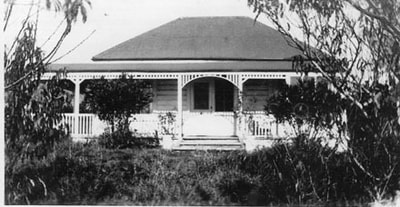 Photo Acknowledgement: Courtesy Tauranga City Libraries
The Early Traders from 1829
One of Tauranga's first European visitors was Captain James Cook, who in November 1769 sailed past Mauao (translated meaning 'Caught by the Dawn'). James Cook's explorations paved the way for European settlement. At 9 am on Friday 23 June 1826 Herald was the first European ship to enter Tauranga Harbour.  'Tauranga' is a Māori name meaning 'safe harbour'​.

​Traders in flax were active in the Bay of Plenty during the 1830s; some traders were transient, others married local women and settled permanently.

James Farrow:  The first permanent trader was James Farrow, who travelled to Tauranga in 1829, obtaining flax fibre for Australian merchants in exchange for muskets and gunpowder. Farrow acquired a land area of 0.5 acres in 1838 at Otumoetai Pā from the chiefs Tupaea, Tangimoana and Te Omanu. This is the earliest authenticated land purchase in the Bay of Plenty. Read more here.

Phillip Tapsell: In late 1830, soon after Phillip Tapsell arrived at Maketu as flax trader for Te Arawa, Farrow became his Tauranga agent. On 21 April 1830, at Kerikeri, he was married by the Reverend Samuel Marsden to Karuhi, sister of Nga Puhi chief Wharepoaka. At the invitation of Te Arawa chiefs of Rotorua, Tapsell settled at Maketu in the Bay of Plenty in November 1830. As agent of a Sydney trading firm he supplied muskets, gunpowder and other goods in exchange for flax. His business prospered, and he appointed representatives at Matamata, Tauranga and Matata. Although his dealings in firearms when Nga Puhi invaded Tauranga in 1832 earned him the displeasure of Henry Williams and other CMS missionaries, he acted as a peacemaker in the war between Te Arawa and Ngai Te Rangi at Maketu in 1833 and wrote to Williams in the hope that he would send missionaries as a means of keeping peace between the tribes. After the death of Karuhi, Tapsell took as his wife Hine-i-turama (Hineaturama) Ngatiki, a high-ranking woman of Ngati Whakaue of Te Arawa. They were to have six children. The marriage was solemnised, and the children baptised, by Bishop J. B. F. Pompallier during a visit to Whakatane in 1841.

John Lees Faulkner: The trader who made the most lasting impression on this area was, without doubt, John Lees Faulkner.  Faulkner was in the Bay of Islands in the 1830s, but settled near the Otumoetai Pā with his wife, Ruawahine, about 1839. Faulkner built many small trading ships. Some of these were skippered by himself or his son-in-law Daniel Sellars, others were sold to local Māori. He also owned a four-horse threshing machine which was used for 20 years by local Māori.
Read more about the early Tauranga Traders from Tauranga's Kete here.

During the 1800s, missionaries established mission houses in Tauranga. These missions included competing Catholic and Anglican missions.  The Church Missionary Society first visited Tauranga in 1826 on the vessel Herald. By 1835 the Society had established a mission station at Te Papa, and a permanent mission presence was established in 1847 when the Te Papa Mission House (known today as The Elms) was completed. Read About The Elms here. 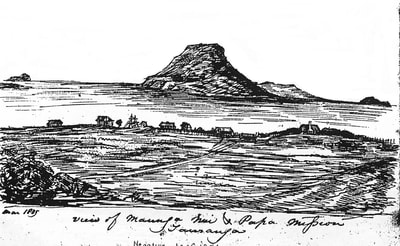 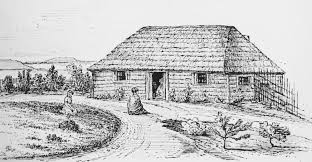 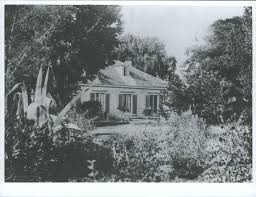 Photo Acknowledgement: Courtesy The Elms
One of Tauranga's first European visitors was Captain James Cook, who in November 1769, sailed past Mauao (translated means 'Caught by the Dawn'). James Cook's explorations paved the way for European settlement.

The Battle of Gate Pā - 29 April 1864
The most notable of the battles of the New Zealand Wars fought around Tauranga was the Battle of Gate
Pā. Gate Pā was the name of a Māori Pā or fortress built in 1864 only five kilometres from the main British base of Camp Te Papa at Tauranga. Chief Rawiri Puhirake of the Ngai Te Rangi tribe threw his support behind the Kingitanga movement against the British; he expected a British attack, so he constructed Gate Pā for protection. When the British didn't attack he began sending taunts declaring he had built a road from the British camp to the Pā "so that the British would not be too tired to fight". When the British forces finally attacked they shelled the Pā but were repulsed with heavy losses (largely from their own cannon fire), despite an overwhelming advantage in numbers (over 1,600 British soldiers against about 200 defenders). Māori forces departed during the night, and two months later were overcome at a partly finished Pā at Te Ranga, a short distance inland.
Read the quick history about The Battle of Gate Pā here  - or go to the page on this website here 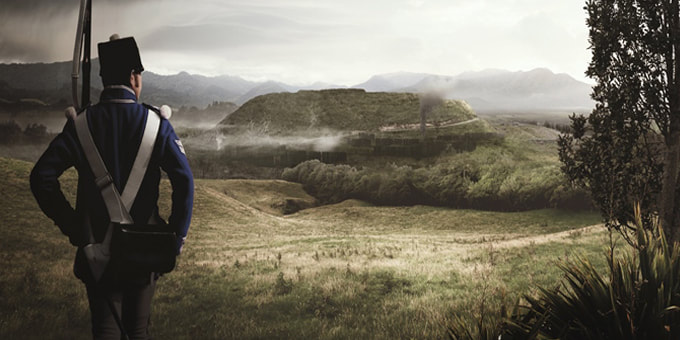 Dave Tipper images:  Courtesy Tauranga city Libraries
The Battle of Te Ranga - 21 June 1864
Te Ranga was the sequel to the Battle of Gate Pā (read here 29 April). Following their humiliating defeat, some of the British force at Tauranga returned to Auckland. Meanwhile, their Ngāi Te Rangi opponents were reinforced by warriors from Ngāti Rangiwewehi, Ngāti Pikiao and Ngāti Porou. They began building a Pā at Te Ranga, 5 km inland from Gate Pā. Unfortunately for the Māori, British reconnaissance discovered this fortification before it was completed. On 21 June, Colonel H.H. Greer attacked the 500 defenders of the half-dug trenches with a 700-strong force. The 43rd – ‘mad for revenge’ for their losses at Gate Pā – 68th and 1st Waikato regiments stormed the rifle pits ‘in the most dashing manner’.  These battles resulted in land confiscations leading eventually to the 2018 Anglican Church Apology.
Read more here
Tauranga's prosperity began from late 1880s 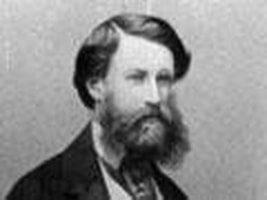 ​Prosperity was slowed due to land wars with Maori in the 1860s. In fear of their lives, many settlers abandoned their land and left. Tauranga struggled through to the 1880s where the population dropped to a little over 1,000 people.   The arrival of George Vesey Stewart from Ireland in 1882 brought hope to the town. Tauranga was made a borough and Mr Stewart made the first Mayor of the town. Over the 1900s, water supply and electricity were introduced and the town began to prosper. In 1950 Tauranga was chosen as an export port for the Bay of Plenty, creating many jobs and greatly increasing the population.
Photograph acknowledgement: Tauranga City Libraries, Dave Tipper, NZ Archives, NZ Wars, Te Ara, Alexander Turnbull Library