'Titiro whakamuri, kōkiri whakamura'
'When you understand the past, you know your future'
Contribution from Tauranga Heritage Collection

The Tauranga Heritage Collection would like to thank Jean Crabtree, Mary Metcalf and the Baker family for their generosity in donating Dick’s letters to the Collection.
Dick Baker WW2 Letters
Dick Baker’s WW2 Letters – Written by Gill Larsen, Tauranga Heritage Collection volunteer
Earlier this year the Tauranga Heritage Collection received a most generous donation of 83 letters written by a local WW2 soldier.
​
The Baker family lived in Gate Pa, Tauranga. Richard Baker, always called Dick, was second youngest of eight siblings. His WW2 journey is shared through his letters to his parents, sisters Mary, Lilian and Rachel and brother Hal. Dick served in Egypt from February 1940 until March 1941 when he sailed for Greece. Following the German invasion and rapid advance from the north in April 1941 Dick’s 20th Battalion retreated to Crete.

We get snapshots of Dick’s war in his letters, but the demands of the censor, and his self-imposed obligation to save his family from further worry, means that the comforts of writing and reading, of posting and receiving and of maintaining a loving relationship with his family, were the purpose of his correspondence. There are frequent and sometimes lengthy explanations about prompt, late or missing mail and he often mentions news which he has written to others, expecting that letters will have been shared.

Dick replies with concern to news of ‘Mater’s’ ill health and asks his sister for re-assurance. When Lilian (Lil-Old-Bean) returns to help at the family home so that Rachel (Rache) can leave to train as a nurse, Dick is anxious that all involved are happy. He asks questions of his sisters about the family home and his parent’s finances. He shares chance meetings with other Tauranga soldiers. There is a warning to ‘Pater’ to not believe ‘tales and rumours about the New Zealand troops in Egypt who were not, as reported, in action.
​
Connections and comparisons are made with Tauranga; the cost of lemonade, tobacco and cigarettes in Egypt, the weather of course, and the difference of season for oranges which were grown at home. Marching through Athen’s was ‘like a spring day in Tauranga’. Trout fishing at ‘’Claren’s”, tennis at the Gate Pa courts and cricket matches are further links to home.

​With the distance of time we recognise the poignancy of Dick’s impatience to ‘get in sometime’ to the action. He expected that the reason he may not see the Acropolis again was only because the returning ship may not sail that way. Especially sad is his request to Rachel to send him the casualty lists following the fighting in Greece, among which would have been many friends.

Dick Baker’s letters show us a New Zealander coping with separation from his home and his family. Sadly, confirmation of his death was not made until three years after he was reported missing in action. Dick is buried at Souda Bay, Crete. 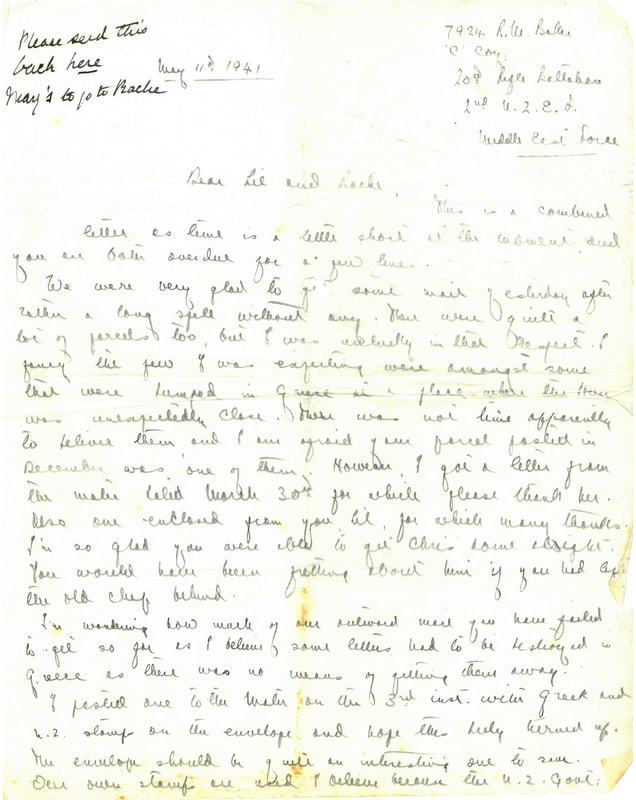 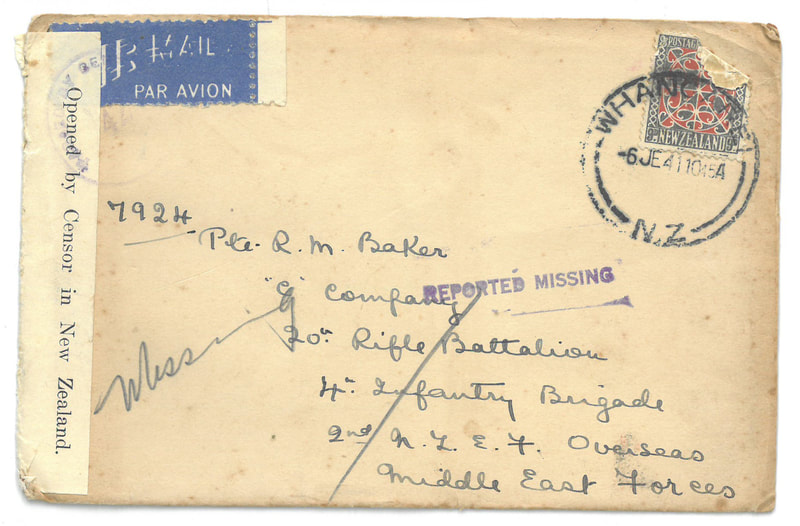 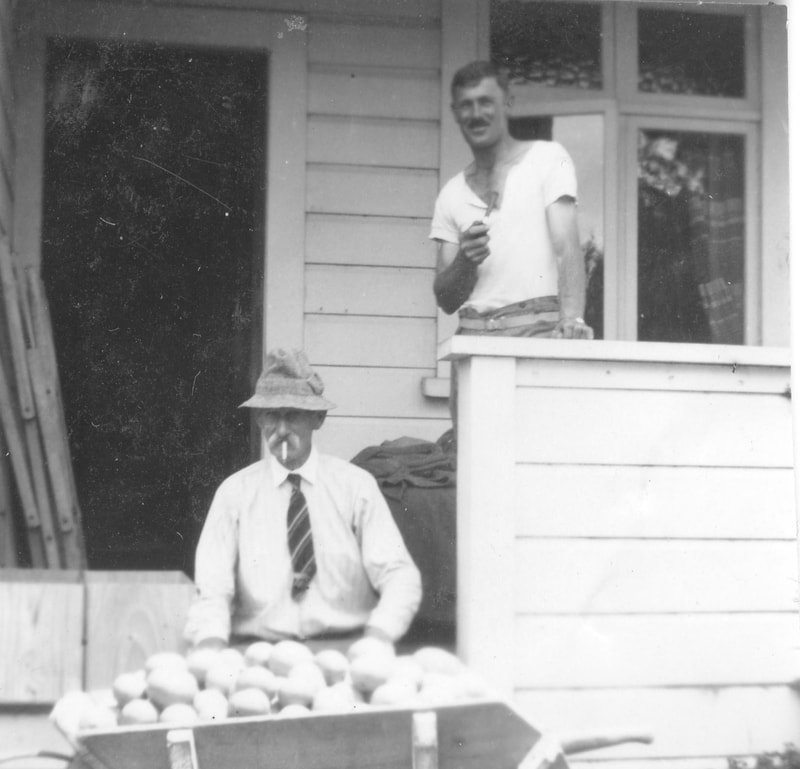